Which Bigsby model do I need?

A common question, with a variety of answers. While it may seem complicated, we’ll do our best to help clear up the confusion. All of the Bigsby models (13 models plus finish variants between the series!), they fall into just a few categories. With a little ingenuity, the models are relatively interchangeable, but for our purposes here we’ll try and simplify. Focusing on the Original Kalamazoo line (the models we carry), we’ll briefly explain why you’d want to choose one more versus another.

The B3, B11 and B6 models were designed for archtop guitars. These are most commonly found on Gretsch models, but work with a variety of others too. The B3 and B11 are functionally the same, but differ in aesthetics. The B3 was the 1950s Paul Bigsby design and the B11 was the late 1960s Ted McCarty design. Simply, the B6 is longer than the B3/B11 and is used on larger guitars (think Gretsch G6120 vs a Jet model). These 3 models create a less steep break angle between the bridge and tailpiece therefore giving that ‘spongy’ loose feeling.


The B5 was designed specifically for flat top models including the Telecaster, Les Paul Special, SG and many others. As it is a top mount only model (no hinge attachment), it also features a tension roller. The roller increases the break angle between the bridge and tailpiece, but as it is top only, you are able to determine the break angle that best suits your playing. Of course, there are some limitations (physical space for example!). The more shallow the angle, the more ‘spongy’ and loose feeling vibrato. The closer it is, the tighter and more aggressive the touch is.

The B7 is the result of pairing the B3 and B5! Originally it was designed for archtop solidbody/semi-hollowbody instruments. Released in late 1956, it would basically only fit a Les Paul, but that would soon change with the release of the ES335/345/355. As noted with our Spectra Sonic Supreme, it can also be used on flat-topped instruments in some situations. The B7 is perhaps the most widely used model. Its function and feel and determined greatly by which instrument it gets installed upon. For example, a B7 on a Les Paul Standard or Gretsch Jet will feel completely different than one installed on an ES-335 or new Gretsch Center-Block Players series. 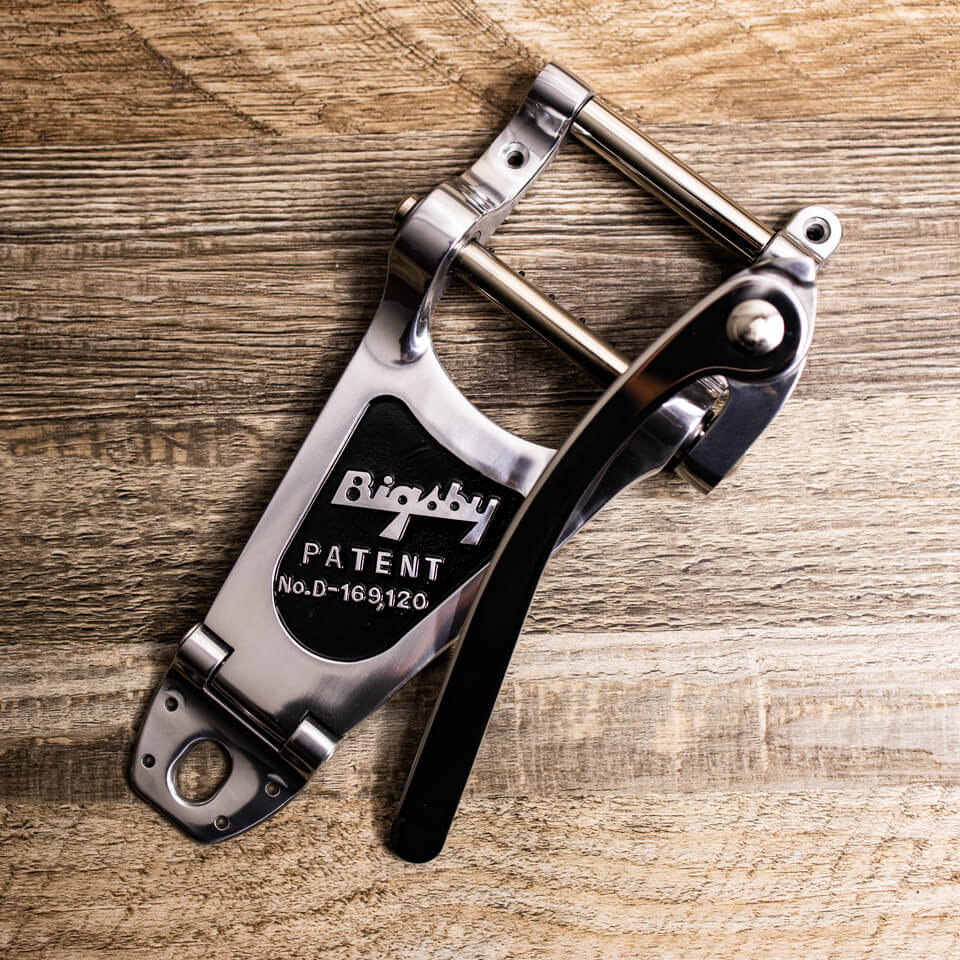 The B16 was the original design for the Fender Telecaster. Originally released in 1953, it was right on the heels on the newly named Telecaster. To function best, we suggest using the available aluminum neck shim and bridge (to create a suitable break angle and neck pitch). 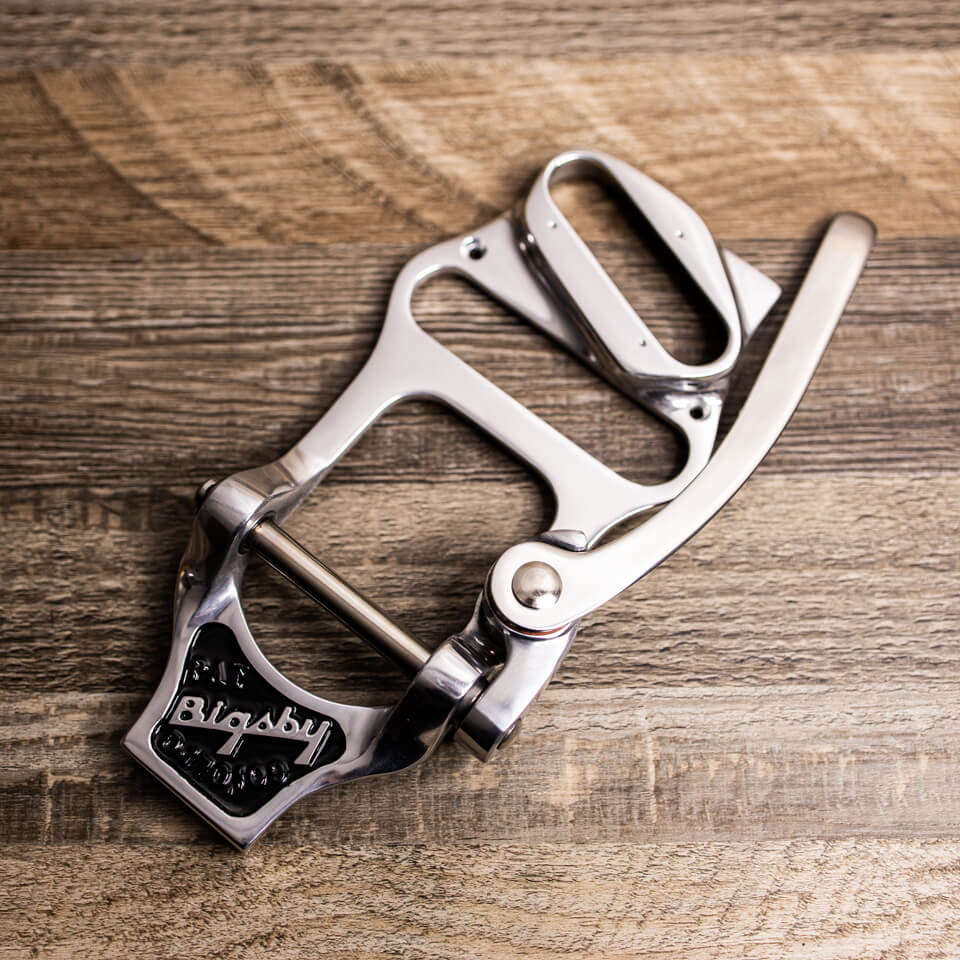 Basically, if you take one thing away from this post, it should be that the break angle between the bridge and tailpiece is the most important factor when choosing a Bigsby. It affects the feel, the sensitivity, and the tuning stability. If you have any questions on which model is best for your project, please don’t hesitate to ask!

The Vibramate Company offers a variety of adaptors that allow the installation of Bigsby tailpieces without modifying the guitar at all! We LOVE the adaptors as they simplify the need for aligning the tailpiece before install, provide the most common placement (and therefore the break angle) and can be installed in a matter of minutes! Really, it can be done between sets at your gig (new strings needed of course!). We’re fully versed in these, so let us know if you have any questions!

Check out our vast selection of Vibramates here.

TV Jones handcrafts your pickup at the time of order. Please allow up to seven days for your order to ship.

If you require expedited service, please let us know in the notes when you order.